Network is a philosophy 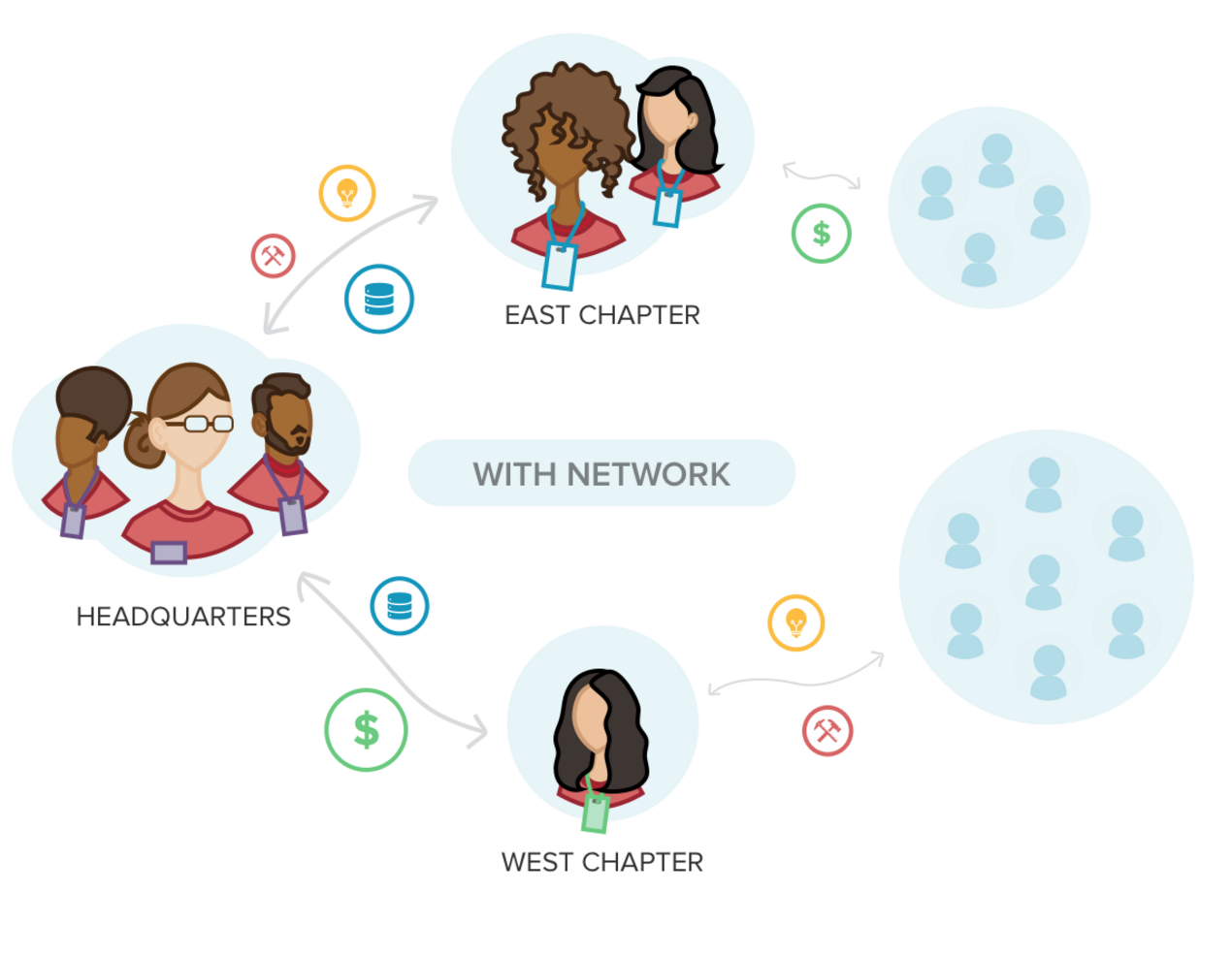 Before joining the team at NationBuilder, I was a NationBuilder customer as the Director of Operations for a political party in Canada. I wore many hats during my time with the party, and one of them was coordinating (read: shepherding) local campaigns. As a smaller party, continuity among candidates was a big challenge. Because we didn’t have a tonne of resources at our disposal at HQ and we did have fiercely independent candidates, the candidates and their teams would often build their own websites, make their own signs, and design their own materials. This lack of unity made establishing ourselves as a credible brand very difficult.

We began using NationBuilder at HQ several months prior to our election and then rolled out NationBuilder Network to candidates shortly after we had implemented the system at HQ. At the time, the motivation for adopting the software across our organization was to unify the team and control branding. We gave top down instructions with little context or training for those adopting the software.

We were both successful and missed the mark. We had more cohesion among candidates than ever before, but we didn’t see the opportunity to empower our candidates with this new kind of organized decentralization. In hindsight, a network setup gave everyone what they wanted--HQ got more central control and organization, while local candidate teams got new tools, up to date data, and meaningful opportunities to contribute in a distributed way--but we could have done more to leverage our network.

Since then, I’ve worked with political parties and chapter networks across Canada. My direct experience as an early NationBuilder Network customer and all of the experiences I’ve had on the other side advising these organizations as a Community Strategist at NationBuilder has taught me that cultural readiness and community buy-in are huge factors in how successful a network will be. The local campaigns, chapters or organizing efforts often have different ideas than HQ about the best way to organize the local community, so communicating context before commanding cooperation is a helpful approach to encourage a network culture and community buy-in.

Network is a philosophy. It’s more than simply providing tech tools to grassroots chapters. It’s about being stronger together, elevating the campaign or movement through unity, increasing visibility with brand continuity, and empowering better decision making by sharing data in real time. All organizations are diverse and unique, but that doesn’t mean they should be disorganized. Your community is your biggest asset. Leverage that interconnectedness with a Network.

politics Cross-Consulting non-profit network
Please check your e-mail for a link to activate your account.